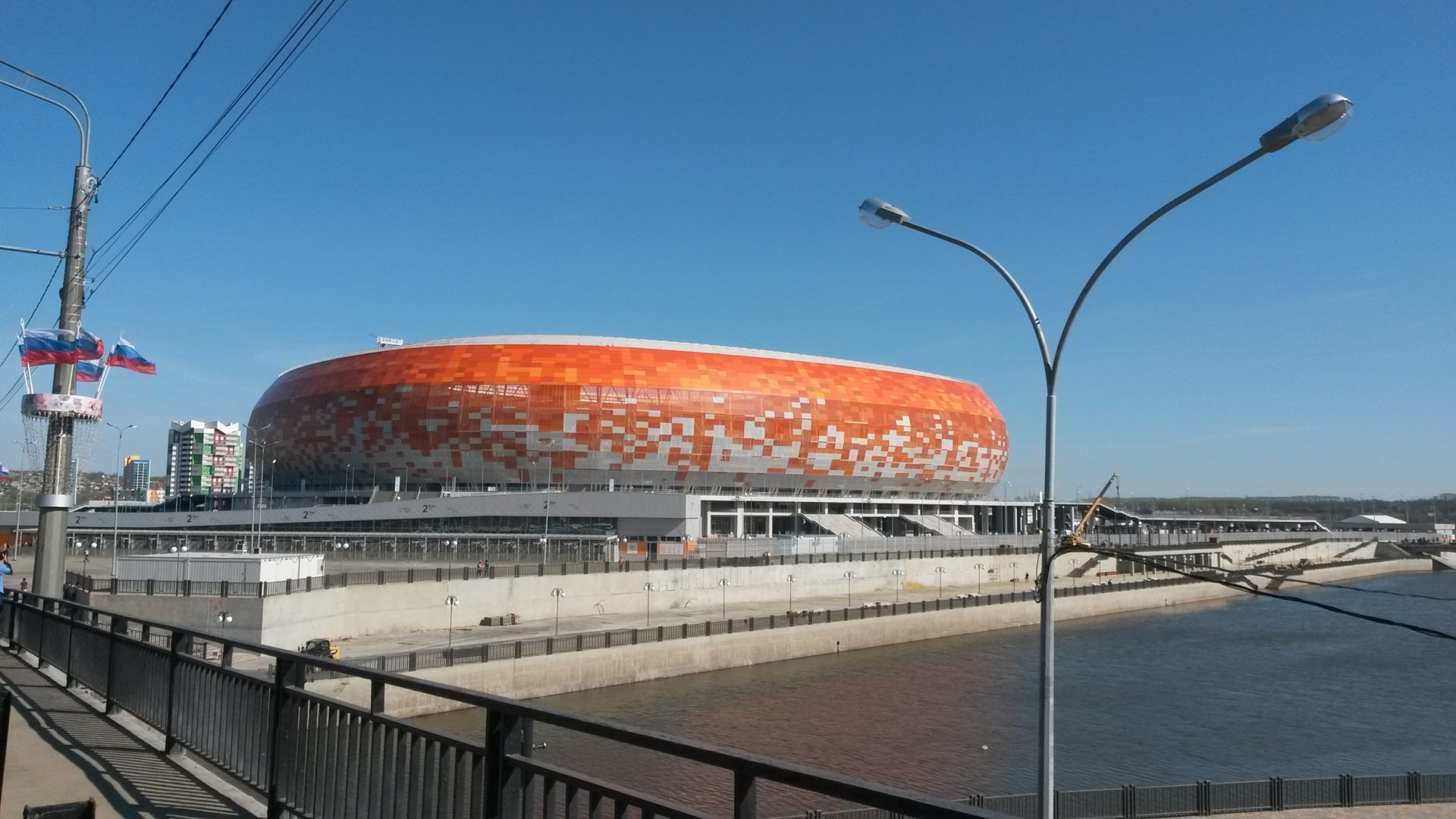 Interesting place to visit in Saransk 3 hours before the match. (the program ends at the stadium Mordovia Arena)

This sightseeing tour will show you the most interesting and popular places and sightseeings of Saransk.

It starts at the Millenniun Squre. The building of the Millenium Square was timed to celebration of the 1000-year anniversary of Unity of Mordovian People with Peoples of the Russian State. The main decoration of the square is the “Star of Mordovia” – light and music fountain that knows no equals in Russia. It is made in the shape of national Mordovian ornament.

Then you’ll go to the highest observation deck in Saransk in a new main building of Ogarev Mordovia State University. From this place you can see the city center, places of interest and a new stadium “Mordivia Arena”.

During the excursion you’ll see The Saint Feodor Ushakov Cathedral and Sovetskaya square which is often considered the central square of Saransk. It exists since the founding of Saransk in XVII century. Sovetskaya square changed several names: Sobornaya, Bazarnaya, Verkhnebazarnaya, Revolution square. In 1919 the square was named Sovetskaya.

And of course you should visit the restaurant “Mordovskoe Podvorje”. Traditional Mordovian-style restaurant is located in the “heart” of Saransk, and fascinates visitors with the national flavour. The additional benefit of the restaurant is the opportunity to try and enjoy the products of local producers.

Near the restaurant is A. Pushkin Park of Culture and Recreation. The area of the park is almost 40 ha. There are attraction facilities, playgrounds, ponds, sculptures of the characters of A. Pushkin’s fairy tales and animated characters. A pancake-cafe, summer cafes, Zoo Park, musician arbor work in the park. There is Uspenskaya church in its territory.

And the final stop of the excursion is the stadium Mordovia Arena, which was built to 2018 FIFA World Cup.

We can also arrange your lunch or dinner at the best restaurants of Saransk.

You can visit the most popular museums:

The Erzya Museum of Fine Arts

The Erzya Museum of Fine Arts is one of the major cultural centers of the Republic. It was founded as the Fedot Sychkov Mordovia Republican art gallery and was opened in January, 1960.  The gallery was reorganized into the Museum of Fine Arts in 1978 and was named after Stepan Erzya in 1995. The museum contains the works of the great sculptor, as well as collections of the folk artist of Mordovia Fedot Sychkov and Academician of Portrait-painting Ivan Makarov.

The Mordovian Ethnic Culture Museum was opened in 1999. It is situated in a building that belonged to the merchant Barablin before the Revolution. The museum is a department of the Erzya Mordovia Republic Museum of Fine Arts. The museum funds have over 3000 exhibits. Visitors can see Mordovian folk clothing, ceramics, icons, household utensils, as well as the products of folk art craftsmen.

There are 3 main departments in the museum: nature, history and modern history. Its funds number more than 200 thousand monuments of national history. These are objects of folk art and life; documents reflecting the historical past, the achievements of science, culture, technology; memorial things and works of fine art.